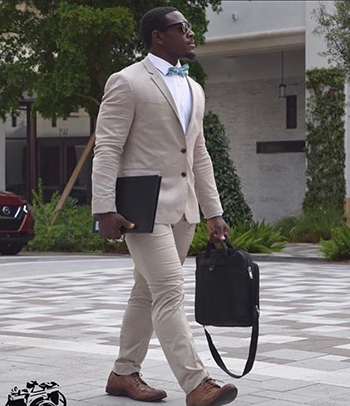 Gerald Hearns’ drive and dedication is as fervent today as it was when he woke up every morning at 4:45 to catch the bus to Dwyer High School and stay after for a three hour football practice, training under former head coach Jack Daniels and former running back coach Reggie Stanley.

Gerald is definitely the hardest working (young man) with great integrity who honors God and lifts people up around him to do better… ~Scott Arnold, CEO of Team Sports Ministries and lead pastor at Journey Church in Jupiter

Winning the state championship in his senior year was a gratifying send off, as well as his 4.0 GPA. And his discipline continued.

In preparation for college he reached out to 126 coaches and applied to 96 schools. Applying for 42 scholarships, his efforts paid off when he received ten of them.

At seventeen, Gerald Hearns was a walk-on running back at Florida Agricultural and Mechanical University (FAMU). Transferring to FAU he also started as a walk-on and received a full athletic scholarship under coach Lane Kiffin. He was also nominated for two national awards: The Danny Wuerffel Trophy and the Burlsworth Trophy.

Growing up, Hearns, a native of West Palm Beach, was exposed to crime and drugs. He was personally affected by over 38 deaths and murders in his young life. The foundation from the lessons he learned at church gave him hope. He attended Hilltop Baptist Church in preschool and other local churches as he grew up.

Hearns, gifted with an entrepreneurial spirit, channeled his energy using the gifts God gave him. He started his first lemonade stand at age six; landing him $96. From there, he moved into scrap metal recycling from ages six to eleven, and at eleven found profit in a trend at the time making and selling rubber band necklaces at $20 each. That zealous spirit continued as he committed himself to the disciplines needed to succeed in high school. Then, he ramped it up to market himself for college.

Today, at age 24, Hearns teaches others those same successful practices through the Brick by Brick Academy of Health and Wealth, whose mission statement reads:
“Our mission is to influence the dynamics of fitness, while building generational wealth.”

He uses these principles and his years of experience to train adults and children to be successful. His classes include three facets of personal training (personal, group and custom), healthy eating, wealth building, Forex, life insurance and more.

So let your light shine before men, that they may see your good works and glorify your Father who is in heaven. Mathew 5:16

Hearns told Palm Beach Christian Voice, “We provide financial opportunities and education on how to build tax-free income with zero market risk along with debt management.”

Hearn’s mission moves beyond teaching at his Academy. His training in serving the less fortunate started when he was seven. He volunteered with Blessed in the City, founded by Tia Matthews and helped feed the homeless. 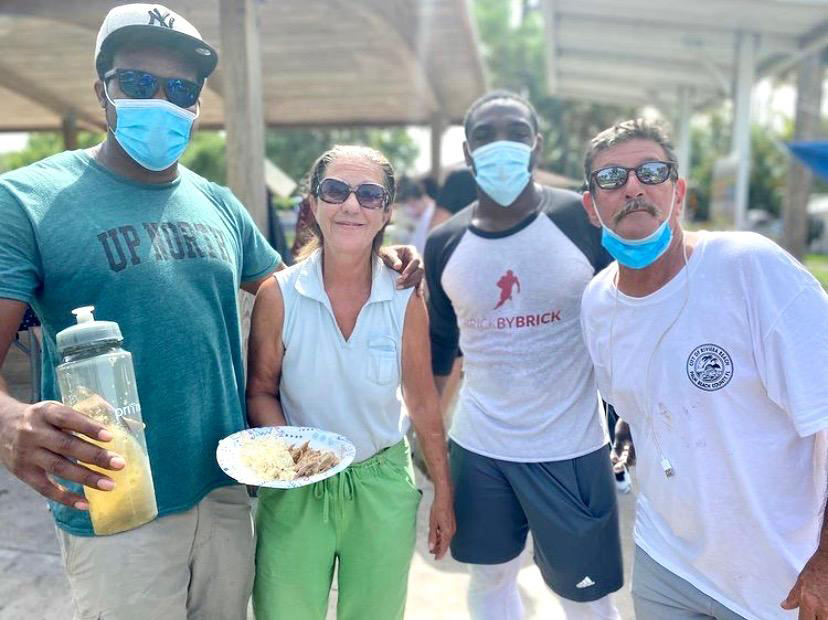 He currently seeks opportunities to help where he can and hosts pop-up feeding programs in West Palm Beach. He also collaborates with others, such as Francky Pierre-Paul, through A Different Shade of Love ministries. This past Christmas they supplied over $10,000 worth of toys to children. Hearns also offers scholarships to his Brick by Brick Academy of Health and Wealth.

Scott Arnold, CEO of Team Sports Ministries and lead pastor at Journey Church in Jupiter, FL. says of Hearn, “Gerald Hearn is a young man I have known since his 9th grade year at Dwyer. Gerald is definitely the hardest working (young man) with great integrity who honors God and lifts people up around him to do better. Whatever Gerald puts his mind to he gives 100% of his time and talents. I have been blessed to know him for the past nine years and can only imagine what great things are in store for him moving forward.”

Gerald Hearns is on the move. It started when he was a boy, with the zeal for the gifts God gave him. He continues to strive and enlarge the territory God has given him. He serves as an entrepreneur, role model, and difference maker in our community. And like Jesus he is a builder- Brick by Brick.

Jabez called on the God of Israel, saying, “Oh that you would bless me indeed and enlarge my territory! May your hand be with me, and may you keep me from evil, that I may not cause pain! God granted him that which he requested. 1 Chronicles 4:10

Connect with Gerald Hearns for inquiries or to attend the Academy online or in person, or to serve with him in the community:
Brick by Brick Academy of Health and Wealth
@geraldhearns on Facebook, Twitter and Instagram
561-389-9779

Danielle Mendocha Talks About Sharing Faith and One Christian Voice